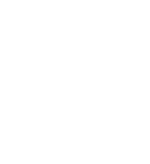 “It may well be that each of Ceylon’s attractions is surpassed somewhere on earth; Cambodia may have more impressive ruins, Tahiti livelier beaches, Bali more beautiful landscapes (though I doubt it), Thailand more charming people (ditto) but I find it hard to believe that there is any country which scores so highly in all departments” Arthur C. Clarke 1970.

Sri Lanka, often called “The Pearl of the Indian Ocean” boasts of a proud history and a vibrant culture. Archaeological evidence suggests that the island was inhabited since 10,000 B.C., although its documented history dates back only 2000 years. The early inhabitants of the island, known as ‘Vaddas’ can still be found in the remote areas of the country.

Sri Lanka’s past was an amalgamation of the rise and fall of powerful kingdoms and foreign invasions, which shaped the culture of the island while creating rich stories of war, valour and gallantry between the pages of ancient books and the walls of historic monuments.

Strategically located just below India, the island was a prominent hub connecting many trade routes between the Arab states, China, Japan, Indonesia and Malaysia. Traders who visited brought more than a few wonders from the Far East as well as Arabia. Their unique lifestyles, cuisine and traditions lent colour to the rich tapestry of the island’s vibrant and diverse population. Islam was brought by the Arabs while the Portuguese, Dutch and British introduced Christianity. The Hindu community grew in Sri Lanka when many south Indians were brought in during the British period as labourers to work on the tea estates that were being converted from rugged forested hills to productive plantations. The three main languages are Sinhalese, Tamil and English.

The fire and spice of Sri Lankan cuisine is an inherent aspect of day-to-day life in Sri Lanka. The beautiful flavours of herbs and spices grown here are quite addictive!

Many traditional Sri Lankan dishes follow recipes that were crafted in the quaint kitchens of the villages, generations ago. The clay pots that are used in the preparation of meals give Sri Lankan curries quite a distinctive flavour.

The iconic rice and curry, prepared in most households and served in restaurants are packed with spices. However, Sri Lankans have inculcated other styles of cuisine and their meals include delightful Indian, Middle-Eastern, Italian and Dutch dishes such as dosas, biryani, roti, pizza and lamprais.

Sri Lankan cuisine can be regarded as quite healthy, as it incorporates the goodness of a variety of vegetables, meat and fish. Coconut, which grows plentifully on the island, especially in the coastal areas, is an indispensable ingredient in the kitchen. Coconut milk forms the base of many curries, while grated coconut is also used to create a mouth-watering sambol. Flavour is of utmost importance and a traditional dish prepared by locals will seldom be bland as a range of spices are added in to preparing a single curry.

With the changing lifestyles, fast-food chains the likes of KFC, Pizza Hut, McDonald’s and Burger King have gained rapid popularity. Chinese food happens to be one of the most popular among the locals

Located beneath India, this precious jewel of the east is one that has attracted many.

Poised above the equator and nestled between the heaving waves of the great Indian Ocean, Sri Lanka is a sunny paradise island complete with golden sands and thick rugged jungles. Famed globetrotters of the ancient world such as Fa-Tsien and Ibn Battuta have written about the island’s sheer beauty, diverse culture and friendly locals.

Gorgeous saffron beaches bathed in golden sunlight surround this little island. Coral reefs, teeming with colourful marine life shimmer beneath the crystal-clear waves. Blue whales dance on the horizon while playful dolphins, unintimidated by their giant companions, leap over waves in playful unison. As one travels deeper into the island, embark on a wildlife safari to visit its spectacular national parks; home to herds of elephants and majestic leopards. The thick forests of the island provide shelter to countless species of birds, both endemic and migratory.

Explore Sri Lanka and all its natural beauty and leave our shores with more than just another holiday under the sun, with memories and experiences, you’ll probably never forget.